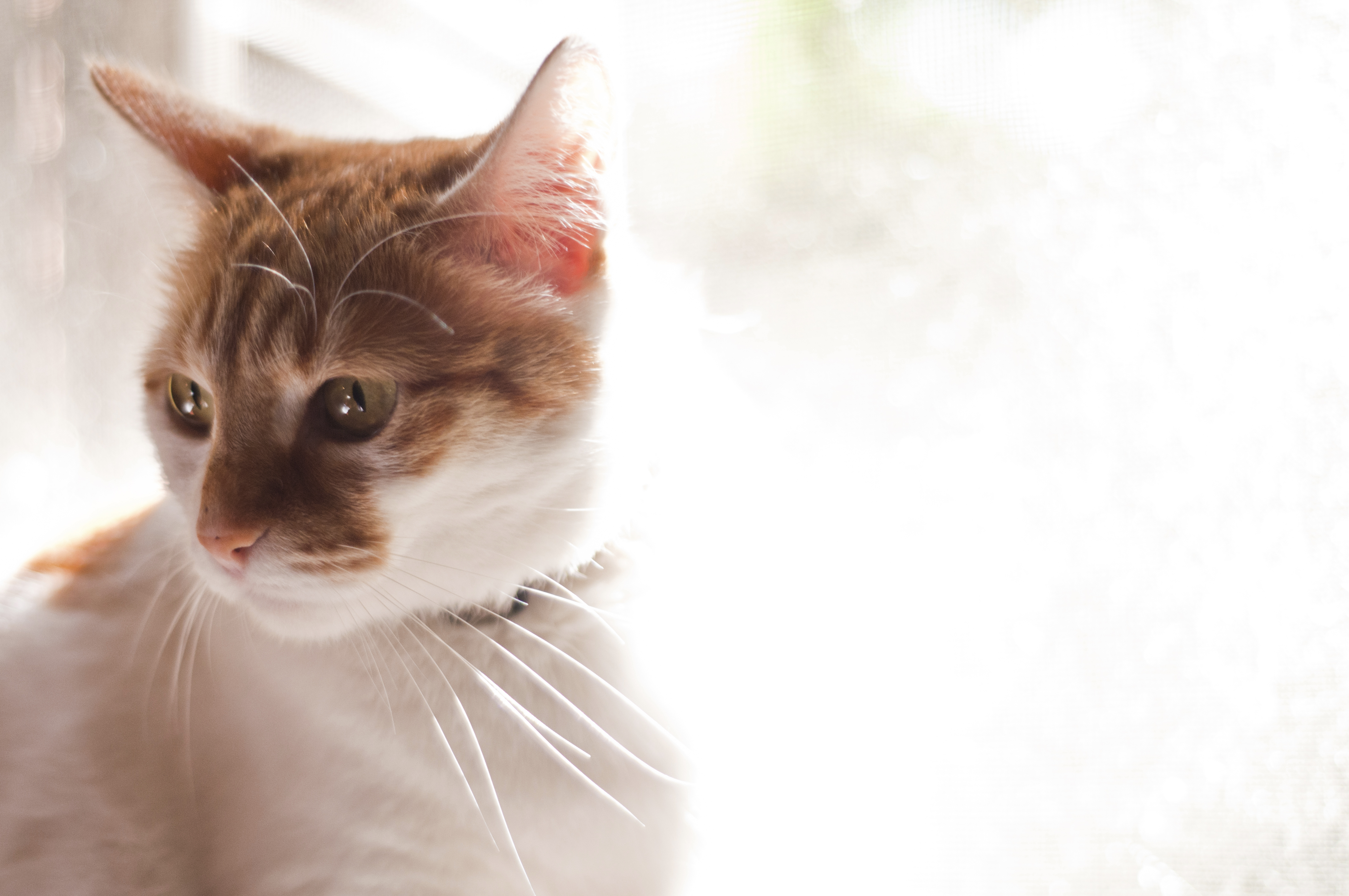 Cat whiskers are an important sensory tool which allows the animal to have a better perception of the world around them. They are known as “vibrissae”, and are like longstiff hairs located on whisker pads (The puffy area on the face of the a cat that can be found between the corners of the mouth and the outer edges of the nose). In the same way, they are also on the upper edge of their eyes, on the chin, and hind legs.

The felines may have a number of whiskers which may vary between 16 and 24 in their life time. These are usually stiffer, longer and up to three times deeper rooted than the rest of their hair. Whiskers are embedded in sensitive cells in the skin in, an area rich in nerves.

This fact assures that fluffy misses very little about what is going on around him.

The length of cat whiskers or vibrissae usually matches his body width, so that the animal is able to know if he fits in a certain gap. However, overweight cat whiskers do not have whiskers that are necessarily longer. Obese cats are more self-conscious of his own limitations, but they are more prone to getting trapped.

“Vibrissaes” are very sensitive and they behave like kind of an alarm about what is going on around them. They warn the feline if something approaches to his face, like danger detectors. They are also very useful as to be alert when sleeping or in the darkness, whiskers are like a navigational system.

In addition to this, whiskers are mood indicators. Relaxed whiskers mean a relaxed and happy cat, while when whiskers point out front and tense generally mean the cat is feeling aggressive or is in hunting mode. If Whiskers are sticking to the cheecks it would mean that the feline is scared or angry